What September is bringing to artstream in Dover 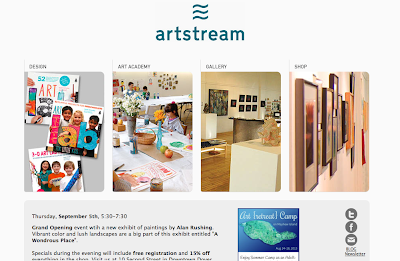 Ah that summer is coming fast to a close and our thoughts turn to Autumn classes and adventures at artstream . There are new classes already announced and filling fast on the website here.  Oh! And yes - that IS a screenshot up there of our new website by the way ... (thanks to Rainer in our design dept!)

We are also thrilled to open our Autumn season of exhibits on September 5th from 5:30 - 7:30 with Alan Rushing's new paintings "A Wondrous Place". Also on exhibit will be Mitchell Rosenzweig's pastel landscapes and a final look at Linda Plaisted's Luna Park encaustics.  Nibbles and wine will be served and a special 15% off everything in the gallery will help us celebrate the new season! Join us at 10 Second Street in Dover, NH
Posted by Susan Schwake at 11:11 No comments: 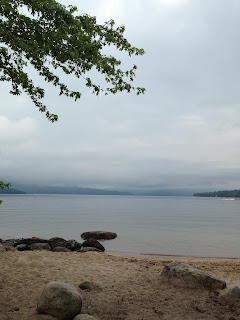 We arrived early to set up for camp. The lake was calm and the peacefulness which the island exudes was apparent everywhere. We were excited to greet the campers and teachers and get the show on the road! Which of course we did right away ... diving in 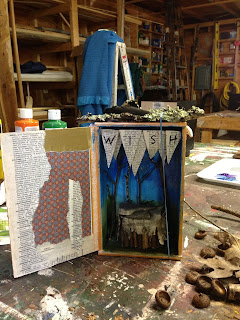 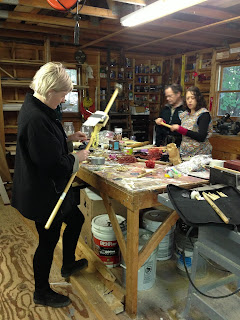 Some interment making with Rachel Blumberg ended up with a performance on Saturday night jamming out a tune called "Mayhew Mayhem"... above is Kerry from Australia hard at work making her very own strumpfiddle! 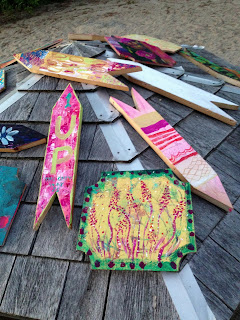 Lots of painting was happening each day with Mati McDonough right on North Beach. Yes folks. Painting on the beach. It doesn't get much better than that! Lisa Solomon also taught crochet and Day to Day Art on the beach and Rebecca Emberley was talking children's book publishing and teaching her collaging techniques up on the front porch... into the night! Everyone was so inspired that they could not stop. 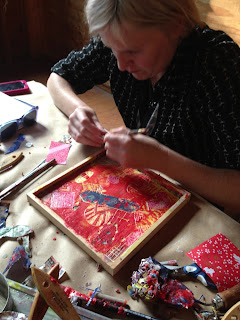 There were fires on the beach with tie dyeing and s'mores making ... much merriment and art biz discussions and networking. 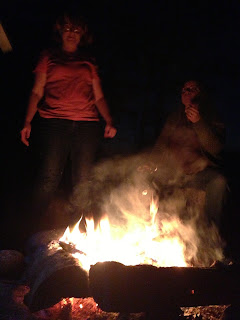 General merriment and sharing were a huge part of each day with everyone bringing something special to the discussions. 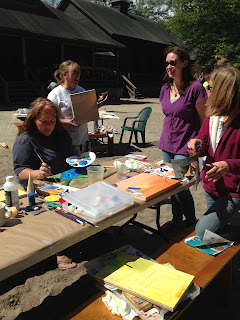 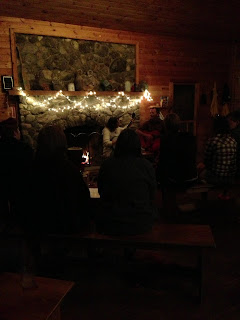 And in the evening there was special music with Jeffery Underwood and Rachel Blumberg. Magic I tell you... simply magical! 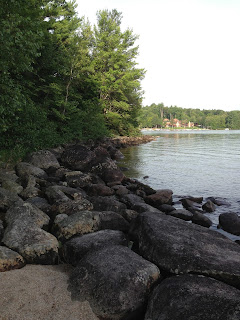 On the shores of Mayhew Island ARC came to life this summer - and we can not wait until next year! 2014 dates will be announced here, on the facebook group (join now!) and on the website very soon. Until then, these photos will have to do ... 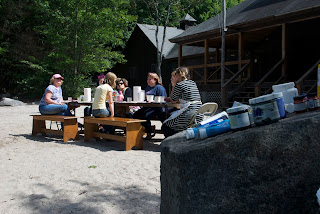 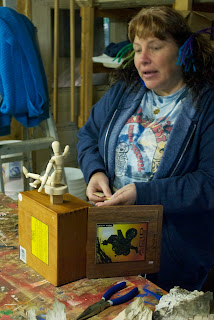 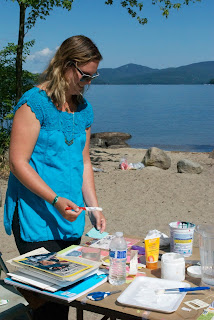 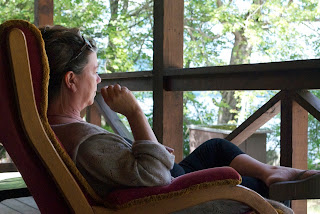 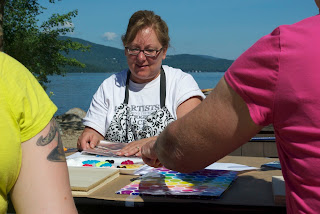 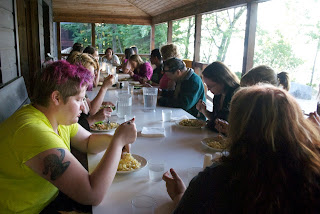 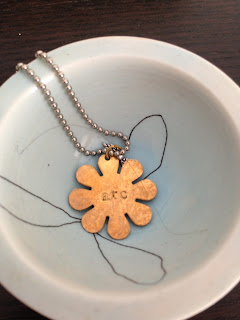 Posted by Susan Schwake at 14:09 No comments: