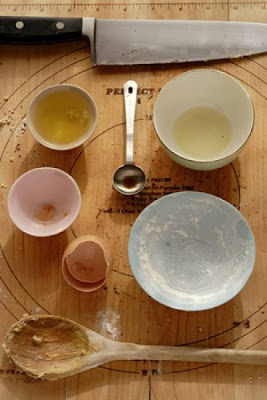 If you missed my post about the fabulous Kristina Gill earlier this spring, you should definitely pay attention THIS time and visit her beautiful new site! Kristina is one heck of a photographer as well as a cook and foodie deluxe who can write circles around most and do it in several languages. When we first met, my German in-laws were amazed how well she spoke German, without accent, coming from Italy. Of course that made us chuckle as she is from the States - albeit living in Rome. But I digress.
It's all about apples right now, isn't it, right here in New England and that brings me back to last year when Kristina asked for a special recipe for her column over at design sponge called In the Kitchen With. I sent her my Apple, Cheese and Onion tart recipe adapted from something I had years ago in the Lakes District in England in a tiny restaurant in Kendal called The Moon.  It has been a staple in the fall repertoire of menus ever since.
Kristina took some beautiful shots of the recipe in stages which are the feature at her site. Go take a look and drool at them, then follow the recipe at the end and eat it up! It's always good.
Posted by Susan Schwake at 08:15