The Kalevala - From Myth to Marimekko 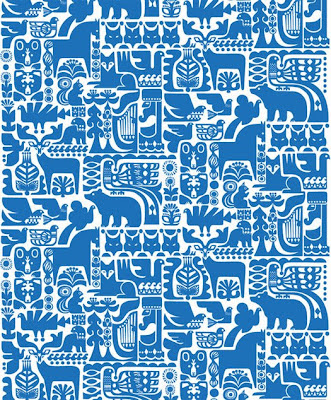 The Kalevala is coming again to Rochester NH. The Epic Finnish national poem is a full day affair headed up by friend and poet, Pat Frisella. How exciting for this type of culture to grace our city with the Kantele harps, the poetry and the latest in Marimekko fabrics.

Yes, Marimekko sent three patterns of their latest line (which I simply adore) to Pat to display at the event.

Here's the skinny on the fabrics and the "lore"direct from the txtlart site:
(the blue one above!)
Kanteleen Kutsu: This design is part of a trio that depicts scenes from the Finnish national epic, Kalevala. This one features animals enchanted by the tunes of the kantele. 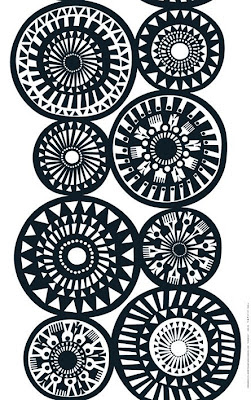 Taikamylly : This design is part of a trio that depicts scenes from the Finnish national epic, Kalevala. This one features the Sampo which is a magical mill for grinding wealth.

The deets on the event are as follows:

The Kalevala - From Myth to Marimekko

elen sila lumenn omentilmo. Due to the success of last year’s Celebration of the Kalevala, the Poetry Society of New Hampshire will host a one day conference to mark the 160th anniversary of the Kalevala, titled The Kalevala, from Myth to Marimekko©, on Saturday April 4th, 2009 from 9AM to 6PM at the Rollins Estate of the Governor’s Inn, 76 Wakefield Street, Rochester, NH. Each of the presenters for the conference will explore aspects of the mythos of the Kalevala, its language, its reception and reinterpretation, the concept of shamanism, and its music.

thanks Susan. picked it up a agoogle alert. cool beans!